Northwest Mississippi was impoverished when we walked through 25 years ago and it seems impoverished today. Cathleen and I drove past homes flying the Confederate Battle Flag and sometimes that flag was flying by itself. People are proud of their state's history, but in Mississippi, it seems that some are content to live out their own reality that the South is still separate from the Union. I did not stop to take any photos of the flags, feeling that it my not be safe to do so.

The terrain is primarily flat with rolling hills. Trees cover most of the land where crops are not planted. The air is humid. As a kid, I wrote in my journal that we walked past occasional bayous. Dad and I were walking a segment through a small black community when I saw a kid playing basketball. The basketball hoop that was made out of an old plastic milk box attached to a pole with a plywood back board. I felt that it was so clever. I wrote about feeling guilty because I had a beautiful fiberglass backboard and basketball court that my father had built for Aaron and me back home. It was arguably the best in the neighborhood, and I used it only occasionally. I felt homesick, but I also wanted to join the kid and check out his homemade court.

Cathleen and I stopped in Holly Springs, MS to take some pictures of the town square. It was patriotically decorated with American flags because of Memorial Day a couple of days prior and the upcoming 4th of July. The town seemed deserted at about 7pm in the evening, but for some black young adults socializing just off the square. I passed them with a nod and a smile and continued walking to a better vantage point to snap pictures of the historic town.

Holly Springs had housed several Union generals during the Civil War. My family had attended a Presbyterian church that was built before the Civil War. The story goes that locals had begged the Union Generals to spare their beautiful church. It still had a slave gallery where African American slaves would have sat during Sunday services. It seemed strange to be standing in this town again with so much history. As I stood thinking about the past, one of the men who had been socializing just off the square approached me from the back and asked why I was taking pictures. I smiled and said that I was taking pictures of their historic town. He said, "Oh, its got a lot of history all right! Its historic!" He and a woman with him, continued on down the street.

As I was walking back to the car, the woman ran back to me and started telling me about how hungry she was and how she had lost her job. I asked her where her man was and she just mumbled that he  was somewhere else. Regardless of her motives, I felt compassion and reached to give her my last couple of bucks.

As I walked back to my car, I felt like I was being watched. About five minutes out of town a Chrysler 300 with all tinted windows rapidly approached our car from behind. It slowed and began to tailgate our car with its hazard lights on. The road was empty and it was in an area with a passing yellow dotted line. My senses were instantly heightened. I knew that I was not going to pull over, but strangely didn't feel any fear. After a couple of miles, the car pulled around us and whizzed off. A few minutes passed and suddenly the Chrysler was speeding towards us and back into Holly Springs.

It saddens me to think racism and ignorance still exists. This is perhaps more obvious in an area where some people are content to pretend that the Confederacy won the Civil War and slavery should still be legal. 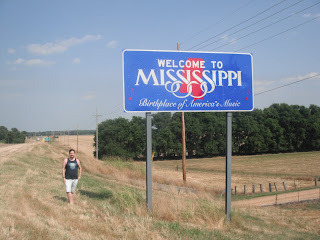 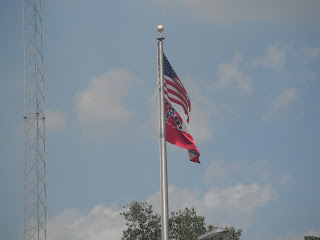 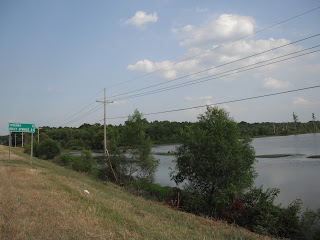 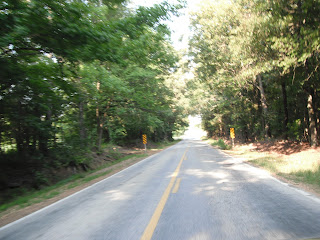