Thursday we headed off route to the little historic town of Mesilla just south of Las Cruces. My wife Cathleen remembered a restaurant called La Posta that she had written an article on for her university's student-run magazine. Cathleen graduated from New Mexico State University in Las Cruces and so this brief intersection had my future wife living in the city we walked through on our coast to coast walk across the U.S. 25 years ago. The restaurant looked the same and the authentic Mexican food was superb. We split a lunch and it was enough for both us.

The town has a plaza that takes one back in time to the days of the Mexican old West and feels enchanting. We were informed by a passer-by that the town is indeed haunted. Dia de los Muertos themes were present in some business and I was surprised at how serious the stranger was. It reminded me of an episode from the 1980's cartoon, Scooby Doo. What's ghosts were haunting this town?

After a nice walk, we drove to crossing over the Rio Grande River, but instead of finding one of the most famous rivers in the U.S. or Mexico, we found a drive riverbed that stretched to the horizon. There was no water to be seen. Soon Cathleen and I were at the Texas border. We stopped for Cathleen to snap a picture of me at the Welcome to Texas sign.

During my family's "Walk," we had walked paralleling I-10 on Texas Hwy 20 through downtown El Paso. As we drove down Mesa St also Hwy 20, I was transported back in time and remembered the wonder of suddenly being amongst the tall buildings of downtown El Paso. We had been walking for weeks through wilderness and small towns since leaving Phoenix and the sensation was surreal.

Dad and Mom were informed by my grandparents that my Mom's younger brother Mark would be on business in El Paso. Uncle Mark was living in Mexico City at the time with his Mexican wife Laura. We would learn later that year that she was pregnant with their first child, Gabriella. Gaby was the first cousin that Aaron and I had on Mom's side of our family. I remarked in my journal that we spent a few days with Uncle Mark. He slept on the extra bed in our tent trailer at night and he drove to his convention in El Paso during the day. Uncle Mark had driven our whole family into Ciudad Juarez, Mexico across the International boarder from El Paso, TX. He had to check on a rental car or something. Drivers in that city were were wild. Cars swerved in front of other others and stopped suddenly with no warning. My Uncle Mark masterfully wove us through what appeared to be motor chaos. Crossing the boarder truly felt like being in another world. Today Juarez has the distinction of being the bloodiest city in Mexico with thousands killed by drug cartel violence every year. Uncle Mark brought us back into El Paso with ease and I was excited to be in another country.

After spending several days and more time than my parents had planned for for, we trudged eastward through the high desert of Western Texas. I wrote in my journal that we had walked to the little town of Cornudas, population 13. It was comprised as a cafe and store out in the middle of nowhere. May's Cafe served a "pretty good burger." On the restroom wall was a sign stating. "In this land of Sand and Sun, please don't flush for number one." The cafe had pictures of the many visitors to her cafe including President Ronald Reagan. The owner sadly recalled later that his photo had been stolen from under a glass table cover and she was saddened by that. May had opened the store in 1981 and we had been served by her in 1986! The cafe served ice cream by the scoop in those days. It still serves ice cream, but in pre-packaged ice cream sandwiches and bars. May had owned same place for 30 years! Cathleen and I enjoyed chatting briefly with her and a friendly Walmart truck driver. Then it was on  to Carlsbad for the night.  A few miles past El Capitan, the route takes us back into New Mexico.

The air quality was poor, most of it coming from Juarez and El Paso smog, as Cathleen and I continued our drive towards the Guadalupe Mountains National Park and El Capitan Peake, the highest point in Texas. We stopped to snap some photos. We soon were back in New Mexico driving through Whites City at the entrance to Carlsbad Caverns National Park before arriving for the night in the City of Carlsbad. Back in 1986, what was waiting for us in Whites City NM, truly amazed and encouraged my family to press on towards the goal.

On a special note, I would like to thank Rich Bolas of Your West Valley News for an insightful well written article and Dave Martinez for creative photography. 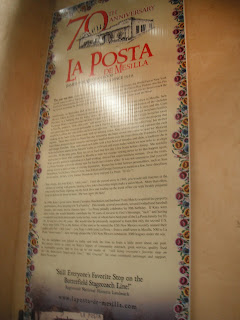 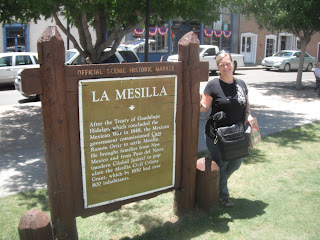 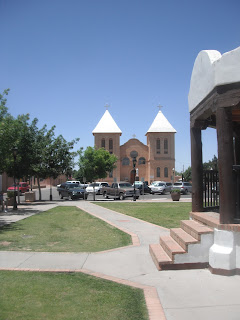 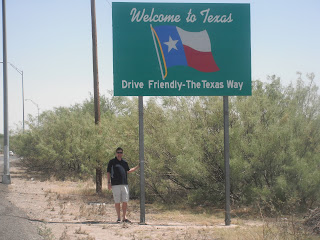 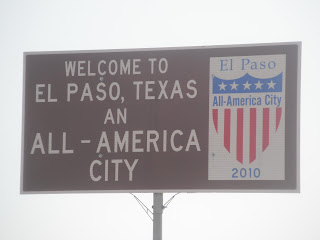 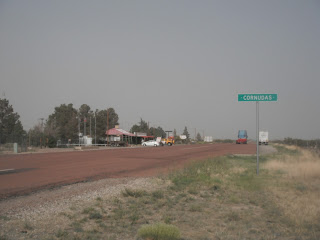 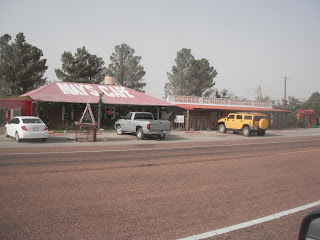 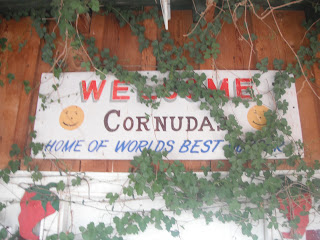 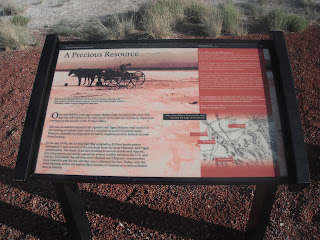 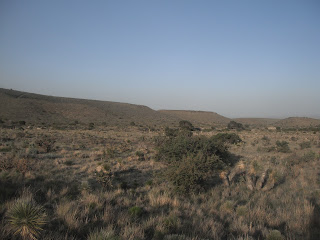 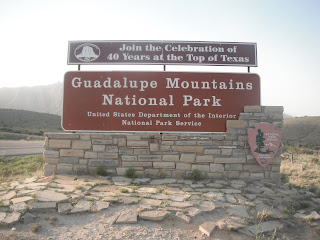