Wednesday found Cathleen and I driving by Tower Mobile & RV Park. Our family had stayed a week there during our Walk. That's because the people were kind and made us feel at home. There was a nice lounge with a fireplace. We enjoyed doing our homework in front of that fireplace and spending time there after a long day walking. Aaron and I had homework to do because in addition to walking, we had our 6th and 8th grades to complete in order to be on track upon our return to Ventura. I recall spending Thanksgiving at Tower. We had t-bone steaks instead of turkey. Everything else was just like a normal Thanksgiving Dinner. I ate two or three steaks, and I still had room for pumpkin pie! The RV park got a new piano during our stay, and my parents delighted the folks by playing old songs from the 20s and 30s. I have fond memories of that place. Aaron and I were adopted by several "grandparents."

Cathleen and I soon found ourselves in front of Our Lady of Guadalupe historical church in the little town of Soloman.  I recall being invited by an UPS delivery man named Frank to attend mass at this historic church founded in 1885. My parents were Protestant, and we had never been to mass.  Father Tom Warren warmly greeted the congregation and the "family that was walking across America." He said he knew Ventura well. He had served at Mission San Buenaventura and Our Lady of Assumption Church for five years in our hometown of Ventura having moved to Soloman's parish only one year prior! What were the odds. I wrote in my journal that the service could have been preached in any evangelical Protestant church. After the service, we stayed and enjoyed menudo with the parishioners. I don't care for that traditional Mexican soup too much.  But the fellowship was great, and I remember feeling warmly accepted.


On November 28, 1986, Dad and I dropped Mom and Aaron where we had left off the night before at mile marker 5.  It was a very cold morning with frost on the ground.  As Dad and I were driving ahead, we saw what appeared to be a dead man lying by the side of the road miles from the nearest town.  Dad slammed on the brakes, and we jumped out to investigate. As we stood over the body of a man, he suddenly jumped up asking us for a ride!  We about jumped out of skin!  He was a drifter.  Dad drove him 5 miles closer to Lordsburg so that he would not pose a threat to Mom and Aaron!  I gave him a dollar so he would have something to eat when he hitched a ride to Lordsburg.

Within an hour, Cathleen and I had driven on and I posed in front of the "Welcome to New Mexico" sign complete with an old tire at its base with a beer bottle balanced on top.  Then it was on to the New Mexican town of Lordsburg.  None of our original accounts were too favorable about that town. We stayed there only one night before breaking camp and moving on to Deming, NM, a town famous for its annual "Duck" races.

Because we were routed on secondary highways, our maps had us walking up and through the historic mining town of Silver City, NM.  It's quite a a beautiful place, but it was 140 miles or an extra full week's walk in order to reach Las Cruces, NM.  Knowing that it is normally prohibited to walk interstate freeways, Dad had asked the New Mexico State Troopers if we could walk the section of I-10 between Lordsburg and Las Cruces. Permission was granted and so we walked the interstate for the next few days. It's a desolate stretch, but vast open spaces make for beautiful scenery. What was in store for us next? 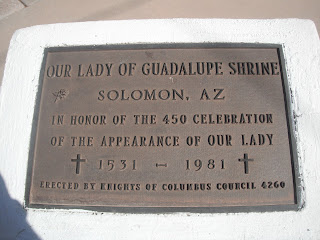 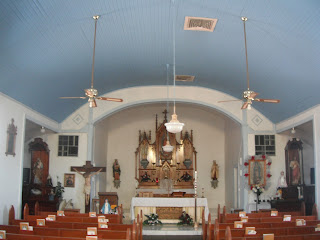 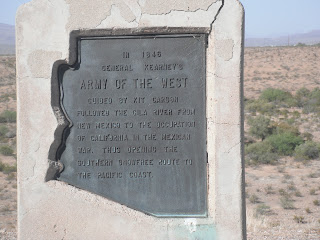 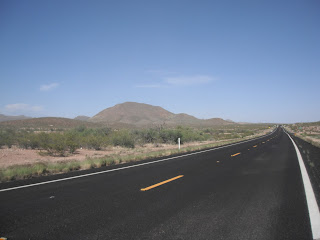 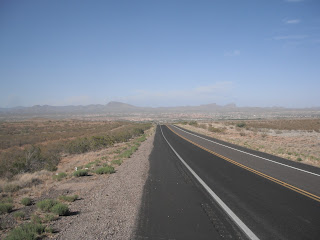 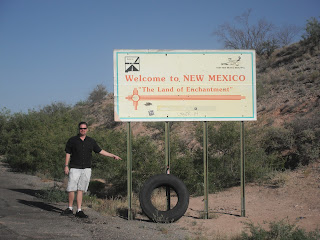