Tuesday finds us staying with my cousins Ivan, Tina, Andrew and Morgan. After a hot shower and farewells, we headed across the Valley of the Sun. What was seemingly endless miles of cacti and tumbleweeds back in 1986 is now a sprawling metropolis. Many sections of the road we walked were unrecognizable, but for occasional landmarks I remembered like the monkey holding the tire near Apache Junction, AZ. One section of Apache Trail aka Main St. now has an electric train carrying passengers to and from Phoenix and other suburbs.

A few miles past Apache Junction on the way to Superior, the landscape changed from dry desert to a colorful blend of mountains and desert vegetation. Some Saguaro cacti were 30 feet tall and it was breathtaking. In my original account, I talked about going through a tunnel where the lights gave off a 60 cycle hum. My family had fun singing "Amazing Grace" as if the hum was a bagpipe. On the day we walked in 1986, road work was being done and the road was closed to traffic. We had an incredible walk through a pristine canyon. I stopped the car to get out, walked a section of the old highway paralleling today's highway, and took some pictures. A few miles down the road, I stopped to photograph the strip mining that I remembered near the towns of Miami and Globe, AZ. Today the tailings stretch for miles. I'm pleased to see that so many are employed by the industry, but saddened that the land has been forever altered.

On the original walk, my grandparents said "goodbye" to us in Globe where we were camping with them at an RV park. It was getting on towards winter in mid-November and we were now above 4,000 feet in elevation. Frost blanketed the grass and covered the cars in the morning. Grandpa had recently turned 80 and the weather was too cold for both of them. This inevitability of their departure was planned for. At least my parents thought so. They had purchased North Face backpacks for the 4 of us, and we loaded them up with our supplies for the next 6 months. We then struck out on foot into the unknown and onto the Eastern Arizona Apache Indian Reservation. It was open countryside, and the weight of our packs were beyond what we could have imagined. My 11 year old brother was carrying 40 lbs and my pack weighed 65 lbs.  Dad's pack weighed 100 lbs and Mom was carrying 50 lbs. Walking 20 miles a day without heavy packs was a challenge in and of itself. Something had to give! 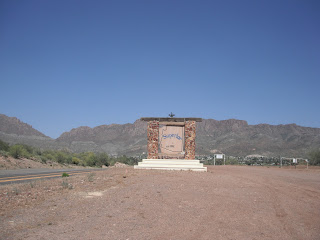 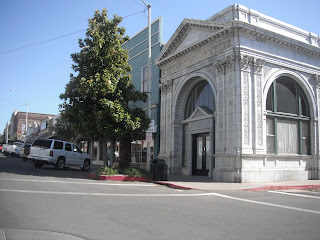 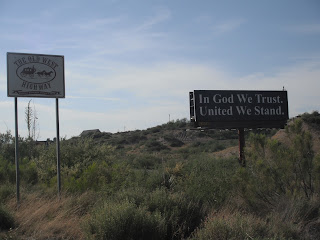